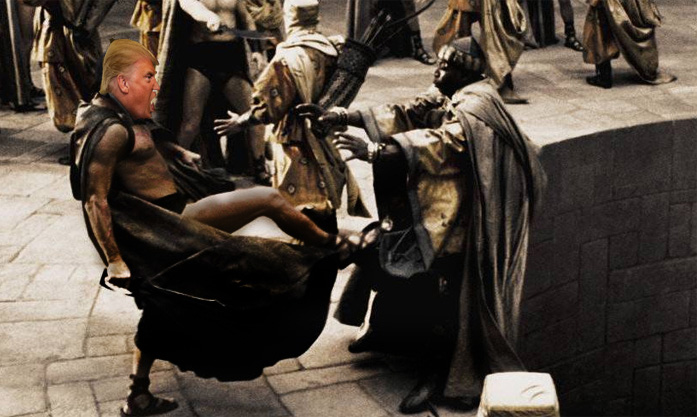 Throughout the course of Western history, the fate of humanity has oft fallen upon the shoulders of one great Republican man.

Iran has confessed to downing an airliner with nearly 60 Americans on board.

Their people have taken to the street, demanding their leaders step down and begging to have a new leader.

Who better to lead Iran than President Donald Trump?

Iran’s oil wealth needs leadership that can convert crude into good capital for America.  In exchange for letting Donald Trump run their country, Iran can have every single thing America has going for it:  a strong entertainment industry, rood and restaurants as far as the eye can see and fresh, non-contaminated bottles of clean water stocked to buy at every grocery store.

Furthermore, Iran would no longer need an army, just like Puerto Rico because all protection would come from America creating permanent military bases in every major city of Iran.

In young Rome Julius Caesar valiantly fought societal woes, from invading illegals from the North (the Barbarians) to wanton acts of homosexuality/gay marriage. He stood like a rock against a liberal Congress until they all betrayed him.

Martin Luther King. Abraham Lincoln. George Washington. And now, Donald Trump. When push comes to shove, it is always a Republican male who steps forward and does what is right to protect Western civilization.