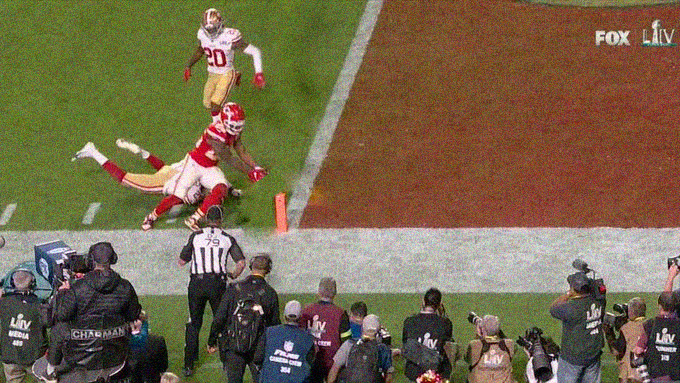 While the Kansas City Chiefs and their fans are just living it up, wildly chugging cheap non-craft beers and throwing parades in their ‘Powered Lights District’, many of us 49ers fans in San Francisco are hurt and suffering from being wronged in Super Bowl LIV.

I thought people from the Midwest were supposed to be the honest farmer types. The type of folks to say ‘Yes, Sir and Yes Ma’am’ and shake your hand and look you in the eyes with a warm smile.

But let us all discuss a truth we found after Super Bowl LIV: the Kansas City Chiefs and their fans are not honest people. They are cut from the same cloth as the Patriots fanbase and Tom Brady. You will be hard pressed to find a person in Kansas City that when confronted with all the evidence, can be honest and admit the Chiefs cheated their way to a ‘victory’ in Super Bowl LIV.

What people in Kansas City need to realize is that their cheating is now giving birth to real life issues for us fans in San Francisco. The issue below has haunted my dreams and has now sent my life into a downward spiral:

A few nights ago I tossed and turned, then hopped online to numb my mind on Twitter. KC Chiefs fans were still refusing to acknowledge that they did not win fair. A friend of mine from work messaged me and asked how I was doing, I told her not well.

My wife was asleep and I didn’t want to bother her, so we agreed to meet up at an oxygen bar to clear our heads and grab a few drinks.

Unfortunately, like many other SF fans right now being cheated like this has thrown me into a depressed funk and everything ended with my friend and I having an affair.

The Super Bowl and the Chiefs are to blame for this, because they just won’t give us the therapeutic admission of guilt and say that Jimmy Garoppolo outplayed Mahomes for three quarters and that there was some rigged shady Tom Brady, Belichick and Kraft end-game voodoo going on.

That is all. All over the bay area, our hearts and lives are broken as we should be the ones living it up, celebrating our Super Bowl victory. But the Lombardi was snatched away to Kansas, which is not the happy place of rainbows and dreams coming true like the Wizard of Oz would have you believe.

If there are any decent Chiefs fans out there, please just get on Twitter or any other social media and start confessing that this Super Bowl victory has an asterisk (that is this * icon on your keyboards) next to it, and the small print should say the victory was tainted by scandal and the 49ers in all honesty should be crowned champions.

Editor’s Note: Post author request link to article to ‘prove that the Chiefs actually did cheat in the Super Bowl, so maybe their fans will finally admit it.’